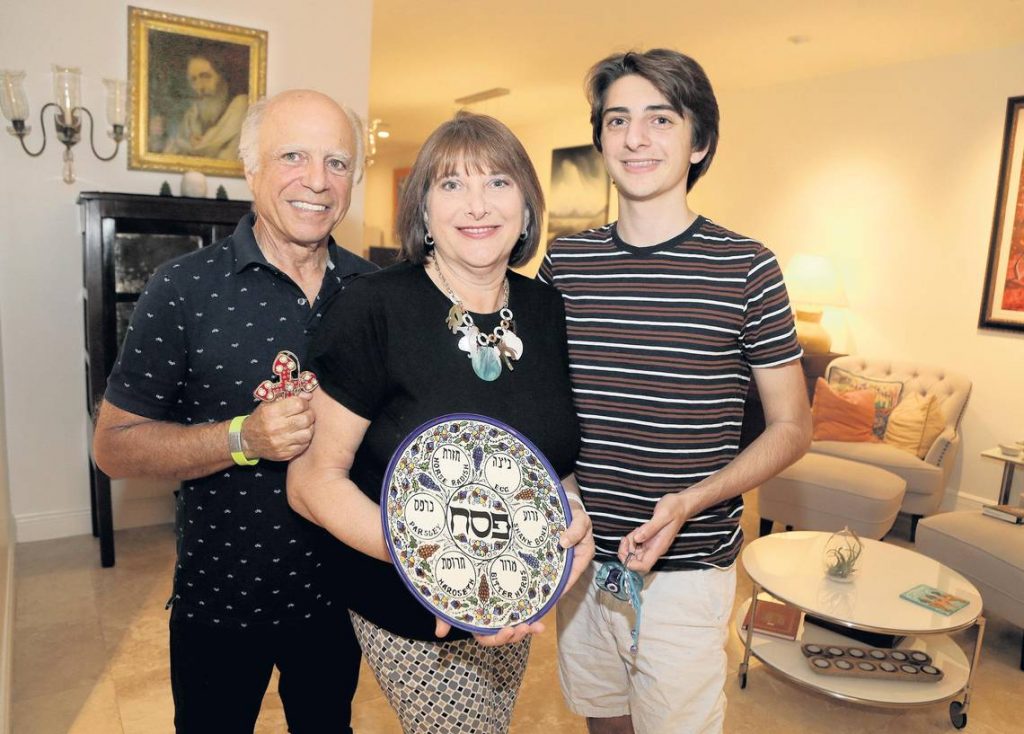 In 2019, Good Friday and the first night of Passover coincide. When the holidays fall on the same date, Jewish and Christian couples look for ways to combine them or celebrate them one after the other.

They were on a date at the Gusman Theater in downtown Miami when May Cain, raised in Reform Judaism, suddenly asked Bill Snihur, a Catholic, during intermission if religion would be a problem for their relationship.

“No,” he answered immediately.

“Neither of us requested the other to convert to the other´s religion,” said Cain. Her husband added, “We liked what we saw and we embraced it. We didn’t want to change this.”

Like many interfaith couples, Cain and Snihur, both lawyers, agreed to raise their children in a home that recognizes both cultures, celebrating Christian as well as Jewish traditions.

“We weren’t going to do heavy-duty indoctrination in both religions, but instead we focus on similarities and we speak to them about the meaning and symbolism of each holiday,” Cain said of their twins, Ariel and Alexander, 25-year-old brother and sister. The couple has been married 28 years.