Muslim author Mustafa Akyol points out in his New York Times article that the blasphemy laws that so perversely and extremely fueled the Charlie Hebdo murders are not even Qur’anic, but rather were

… doctrinal innovations, as it were, brought into the literature of Islam as medieval scholars interpreted it, according to the norms of their time and milieu. [and] 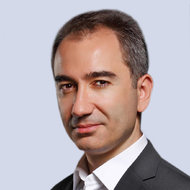 Read Akyol’s concise, and clear account of this aspect of Shariah law here