The Jewish Board of Deputies and the Muslim Council of Britain (MCB) recently addressed their “deeply-held views” concerning the Israeli and Palestinian conflict in an unprecedented joint statement. This statement called on Jews and Muslims to “redouble efforts to work together and get to know one another,” as the leaders acknowledged their areas of agreement which unite rather than divide the followers of these religions.

The Jewish Chronicle newspaper suggests, however, that these Jewish and Muslim leaders in the UK have disagreed over one line of the statement regarding civilian deaths, which reads: “the targeting of civilians is completely unacceptable and against our religious traditions.” The dispute lies in the implications behind the phrase “targeting of civilians,” with one interpretation suggesting distinct MCB criticism of Hamas, and the other referring to civilian targeting by both Israel and Hamas.

In the fifty days of fighting before the call for ceasefire, there have been over two thousand mostly civilian Palestinian deaths reported and only a small handful of Israeli civilian deaths – approximately sixty-four of the seventy reported Israeli deaths were of soldiers. The statement reflects the views of both religions in that civilian losses are unacceptable.

“We must not import conflict. We must export peace instead.” The joint statement also affirmed: “we pray for a speedy end to the current conflict and for a lasting peace for all.” 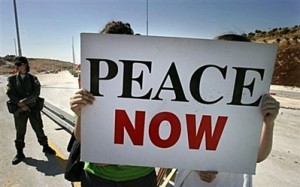