The Roman Catholic Diocese of Orange, California, announced this week
that it is exploring the possibility of buying the controversy-vexed
church, which declared bankruptcy last fall.

“The Diocese of Orange does not currently have an adequate cathedral
to meet the needs of its 1.2 million Catholics in Orange County, the
11th largest diocese in the nation,” the statement said. 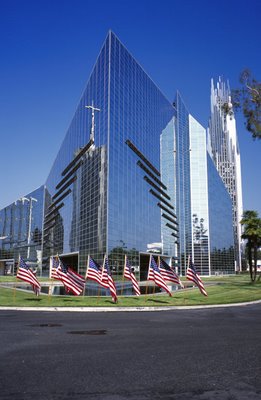 The diocese’s announcement came on the same day Chapman University, a
Southern California school, revealed that it had offered $46 million
for the Crystal Cathedral.