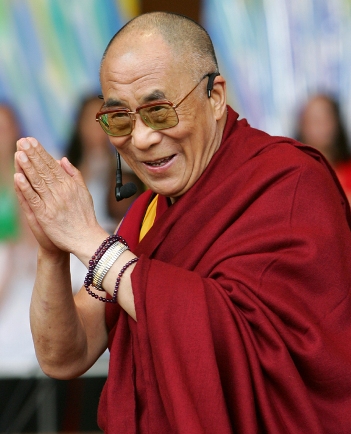 Thousands of Buddhists monks are attending a four-day religious congregation, which commenced on Saturday.

In
his inaugural sermon, the Dalai Lama highlighted the basic principles
of Buddhism, which he termed as a faith that stands for wisdom,
compassion, peace and brotherhood.