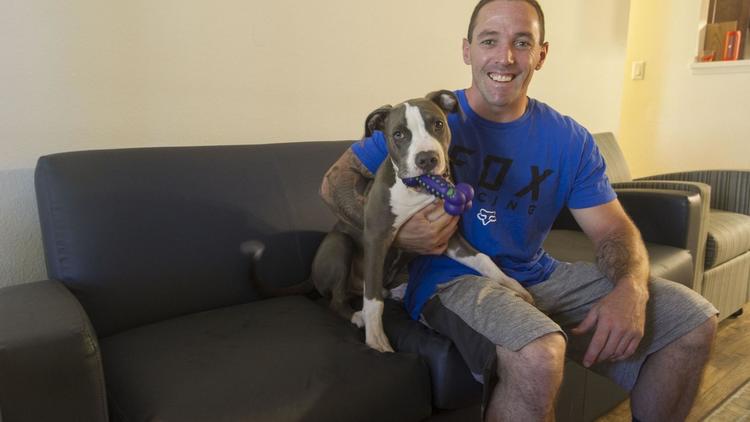 Ryan Hershman, who has struggled with homelessness and addictions in the past, is now in an Escondido apartment where he is getting his life back together. He is hoping to one day have a non-profit to help people in similar situations. (John Gibbins / San Diego Union-Tribune)

Escondido-based Interfaith Community Services has announced it almost doubled the number of homeless and near-homeless people it housed in a year, surpassing a goal set in 2017.

“We’ve been doing a move-in a day,” Interfaith Executive Director Greg Anglea said about the success of the nonprofit’s Housing 1,000 initiative, which over the past 12 months found homes for 1,198 people, including 755 who were homeless.

This was the second consecutive year that an effort to house 1,000 people has been successful.

Interfaith’s initiative did not rely on vouchers, but instead raised money for rental assistance and security deposits through community donations.