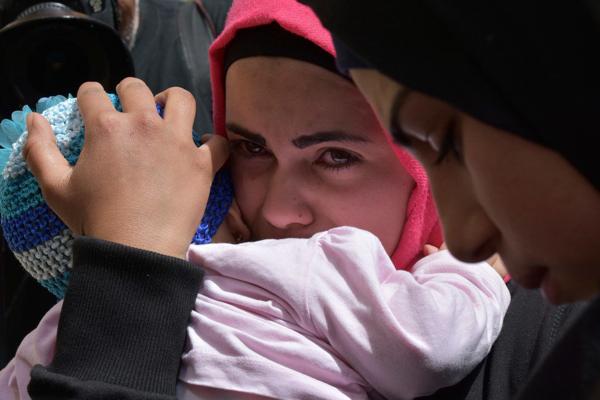 Displaced women who fled the Syrian war wait near the Lebanese-Syrian border as they prepare to return to their village of Beit Jinn in Syria, in Shebaa, Southern Lebanon, Wednesday, April 18, 2018. (AP Photo/Ziad Choufi )

SPRINGFIELD – A scholar in Middle East politics will be featured speaker for a collaboratively presented program on Syria this month at Christ Church Cathedral.

David Mednicoff, director of Middle Eastern studies at the University of Massachusetts-Amherst, will deliver the main talk for “Keeping Hope Alive: Seven Years of War in Syria” April 29 from 3 to 4:30 p.m. at Christ Church Cathedral, 35 Chestnut St.

The event, similar to one held earlier this month in Northampton, is being presented by the Interfaith Council of Greater Springfield, along with Christ Church Cathedral, the Episcopal Diocese of Western Massachusetts and the Valley Syrian Relief Committee, which is a Western Massachusetts partner of the Washington, D.C.-based Syrian Emergency Task Force.