Listen to adherents of the three Abrahamic religions speak about commonalities among their faiths, and take the opportunity to join in discussions at your table. Light dinner will be served. Donations are welcome at the door. See more details below.

We hope you will take part in it and let others know about it as well! 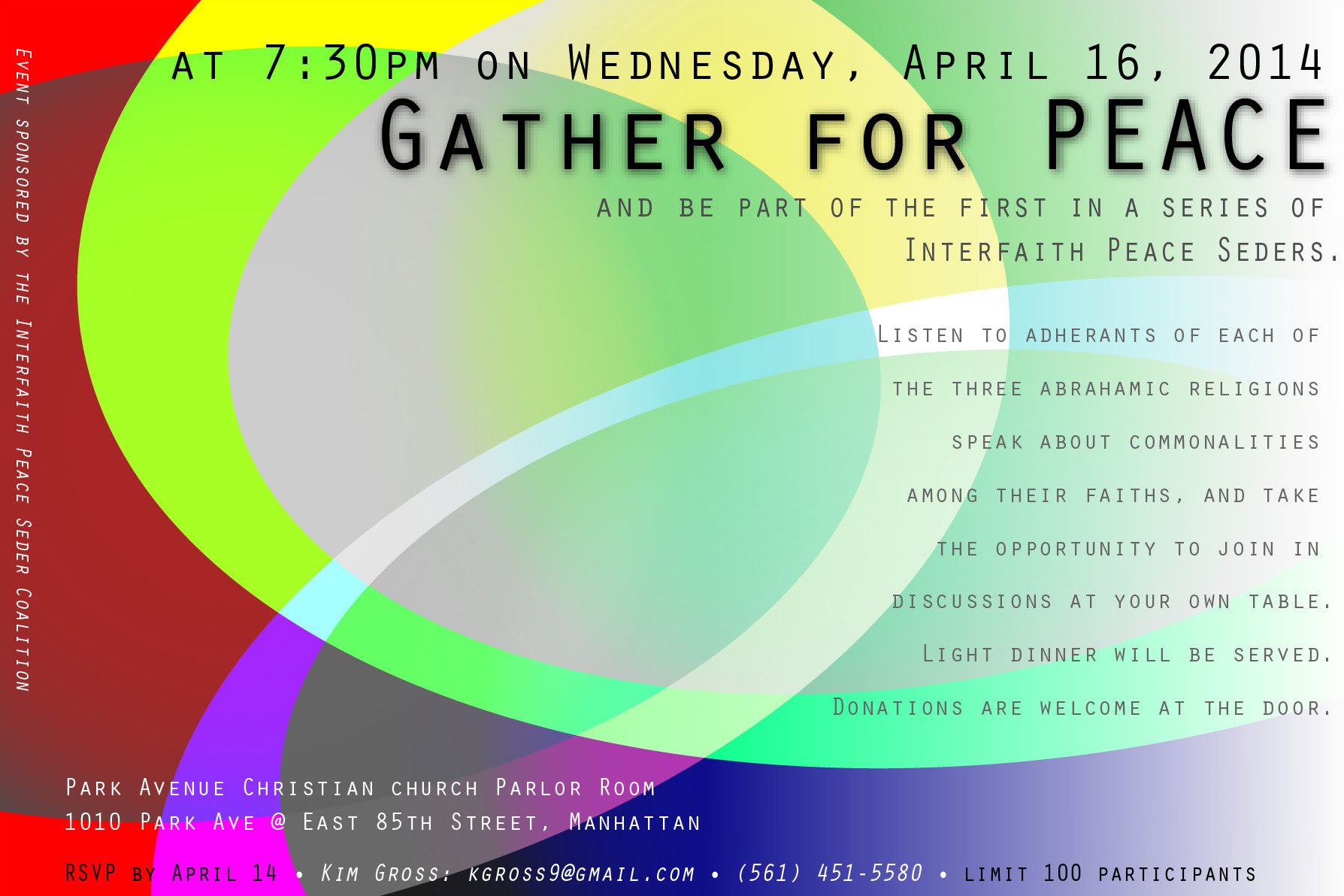 Message from One of the Organizers Kevin Costa:

I don’t need to tell you that the conversation about world peace isn’t going very well. Many of the world’s conflicts are between two of the three Abrahamic religions, and such conflicts drain billions of dollars of resources that could be used to advance humanity. This must change.  Because of New York’s status as the world’s most powerful and media saturated city, events here have an outsize influence.

We have chosen Wednesday, April 16th because it is the third night of Passover as well as before the Easter tridium (Holy Thursday, Good Friday and Easter Sunday) begins.

We hope you and others you know will participate in the event.