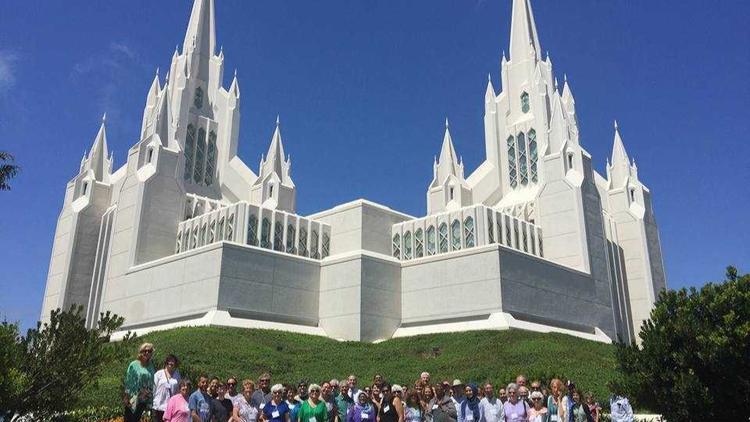 An interfaith group stops at the San Diego Mormon Temple near La Jolla as part of a bus tour to various places of worship in the San Diego area. (courtesy California Interfaith Association).

Interfaith Awareness Week is slated to bring together community members of various faith traditions from throughout San Diego County and across the state. Each day from Aug. 5-11, different faith centers will host an event open to the public.

“The idea is for people from different faith groups to come together and learn from each other,” said the Rev. Stephen Albert, president and co-founder of the Poway Interfaith Team and founder of the California Interfaith Association, which connects interfaith groups across the state.

The Interfaith Awareness Week grew out of a five-day interfaith conference last August at UC San Diego — the North American Interfaith Network’s conference, which drew more than 250 people representing 20 faiths. The event was organized by the Poway Interfaith Team formed in 2006 to support interfaith dialogue.