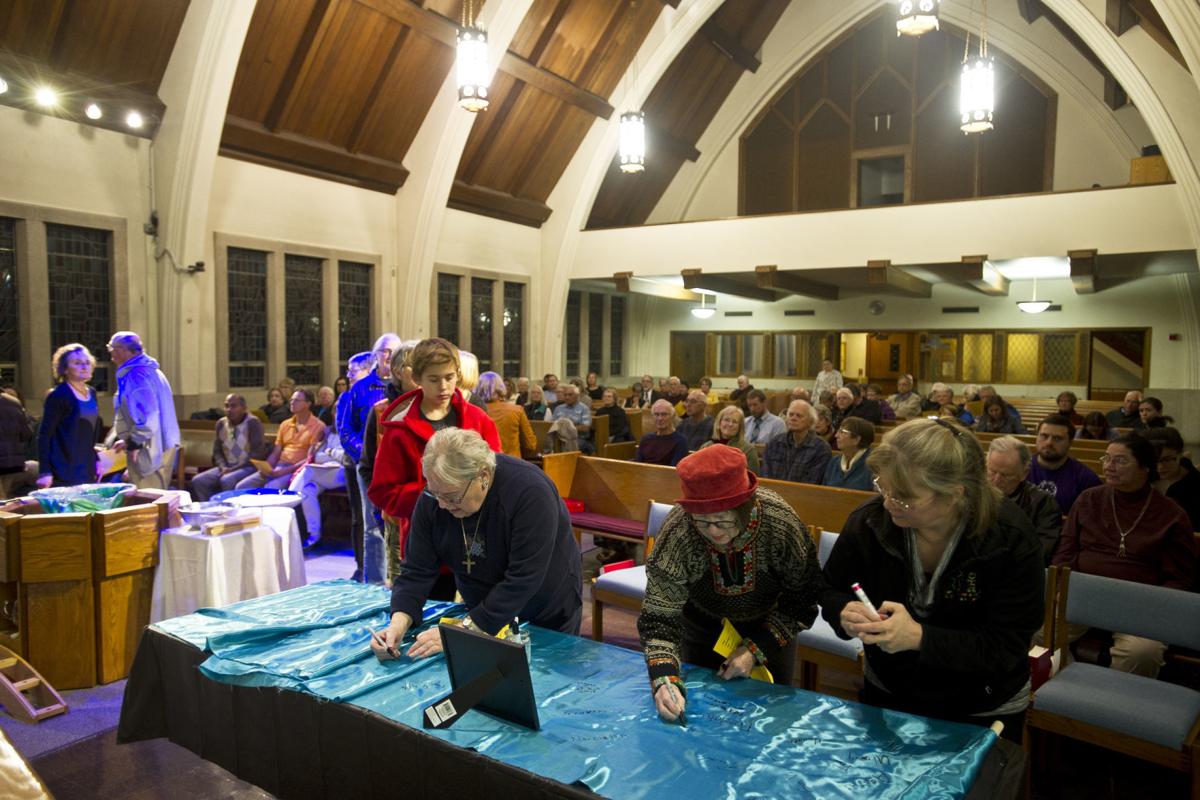 On Tuesday, more than 50 people of differing beliefs came together for a Thanksgiving service during which a person from each of five different faiths — Bahá’í, Hindu, Christian, Jewish and Zen-Buddhist — spoke from their own perspectives about gratitude and how it can build bridges. The event was hosted by the Winona Interfaith Council, which worked together to pray, learn, serve and stand together as pillars of different faiths holding up the same spiritual building.

To start the service, Grace Presbyterian Lutheran pastor Rachel Riggle encouraged attendees to be part of a community art project in which people wrote on a blue cloth one thing they hoped the community or they themselves personally could overcome. The cloth was later draped across a bench and a wooden bridge was placed over it — in order to overcome those challenges, one must first name them and then with a heart full of gratitude, hope and faith, and move forward as a community, as a bridge, to overcome them.

After Riggle explained the project, people began to rise and make their way toward the cloth.

As person after person wrote down what they hope to overcome — including hate, worry and fear of others — a song began to fill the air as the crowd sang in harmony with one another.

“Let there be peace on earth,” the people sang. “And let it begin with me.”