LONDON — Jonathan Sacks, the chief rabbi of Britain from 1991 to 2013, was awarded the 2016 Templeton Prize on Wednesday for his efforts to counter religious extremism while “affirming life’s spiritual dimension,” according to the organizers of the award.

The John Templeton Foundation, which is based in the United States, said that Rabbi Sacks, 67, was ahead of his time with his central message of respect for all faiths. It awarded him one of the world’s richest prizes, worth about $1.5 million. 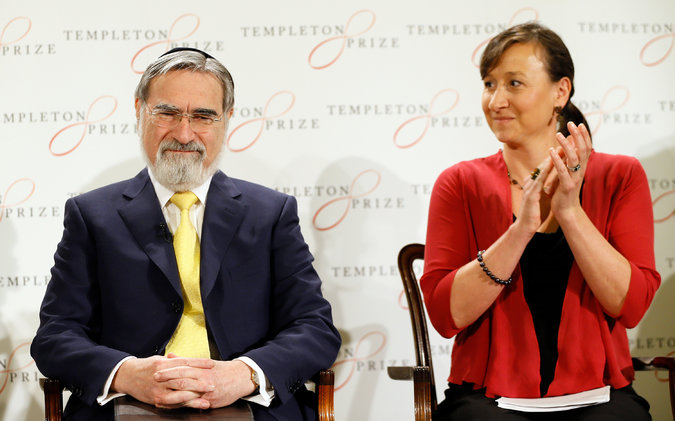 Rabbi Sacks, who teaches at New York University, Yeshiva University in New York and King’s College, London, said he had been “absolutely knocked sideways” when he found out he won.

The foundation praised his work tackling the spread of religious violence. He has argued that it is set off in part by Western secularization, which has failed to address young people’s search for meaning, belonging and identity.