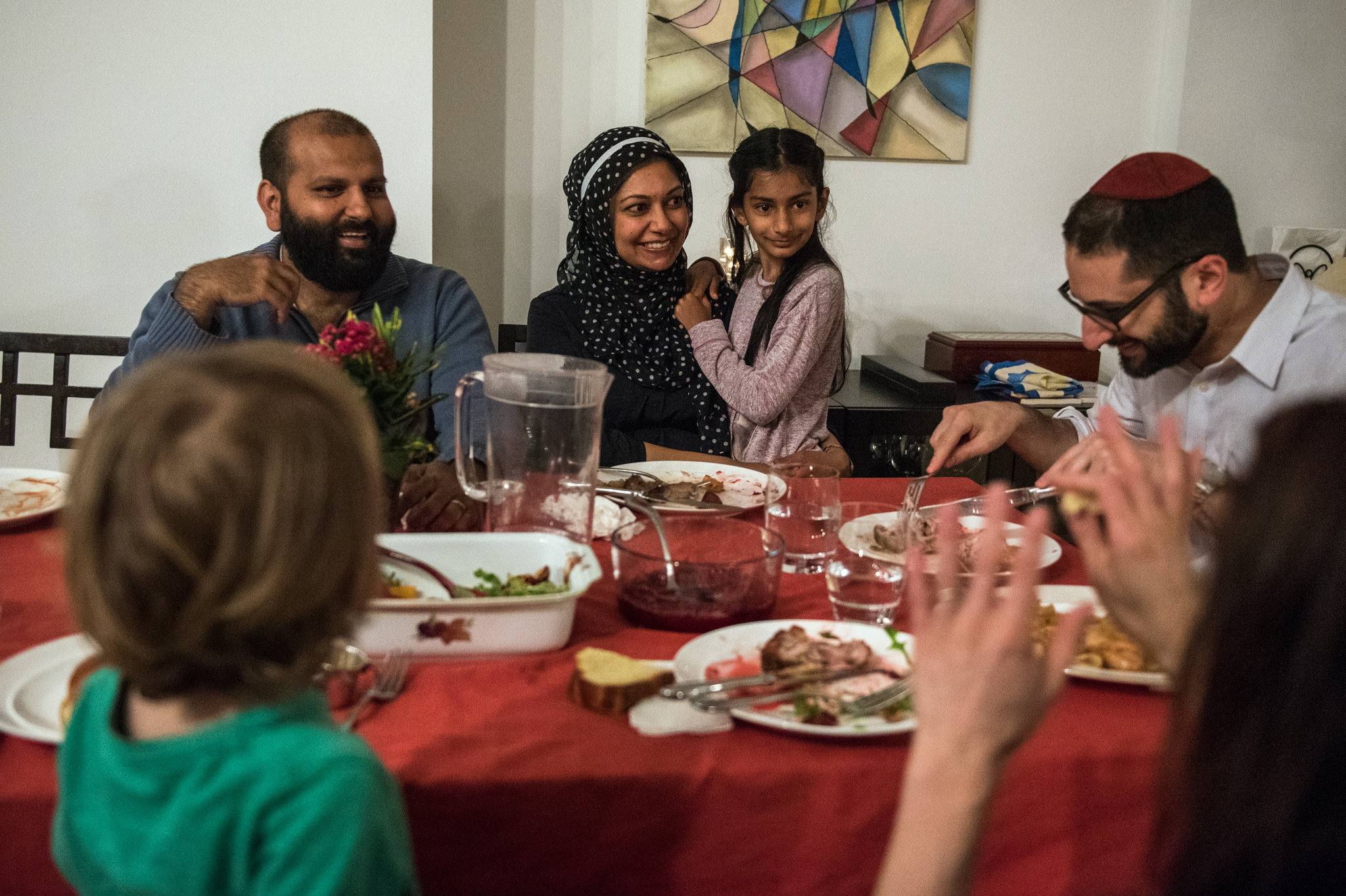 This seems premature to warrant a major New York Times article that consists of nothing more than two dinners, and “my hope is that.” But there it is. More about things that appeal to the New York Times, than about significant interfaith progress.

That said, the wisdom of quiet,, intimate, enduring trans-religious relations cannot be underestimated, and further the hope or dream of a “constellation of homes” investing in these challenges is an admirable aspiration.

With two rounds of dinners so far, the project is one of many interfaith efforts going on in the New York area and nationally to promote Jewish-Muslim relations. But unlike a large event at a synagogue or mosque, these meals distinguish themselves by their intimacy, with no more than six guests in a Muslim or Jewish home. Guests can linger over dessert and tea as they move from easy conversations to more sensitive themes.

“My hope was if you were to look at New York City from above, there would be a constellation of homes where these dinners were all happening, and like a secret sense of unity between people who are all taking part,” Ms. Firestone said.