Jews and Muslims from the United States have recently financed a $100,000 solar project in Auja, West Bank and both Israeli Jews and Palestinian Muslims are on its technical team. The solar project gives local farmers an economic boost, drawing water from deep underground as well as improving electricity efficiency. The project has been fairly successful, and according to Clive Lipchin, director of a water-management center at Arava, they’ve succeeded in part because the project is on private property and thus did not require permission from any political entity. 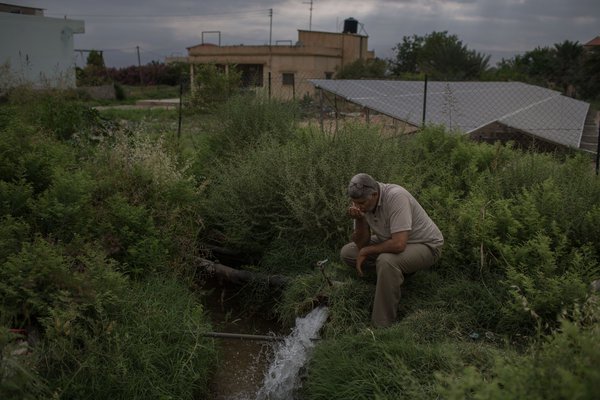 That isn’t to say, however, that political complexities are nonexistent. During a visit to the solar array this month, Auja mayor Fakhri Injoum, who leans politically toward Fatah (the party that dominates the Palestinian Authority) expressed that “[they] are eager to develop Auja, but projects with the Israelis are not welcomed.”

Nevertheless, the new solar array supplies approximately one-third of the electricity needed to run a subterranean pump, while the local electric company supplies the rest. In addition, the project also includes agricultural training for farmers and surveys to assess farmers’ needs.