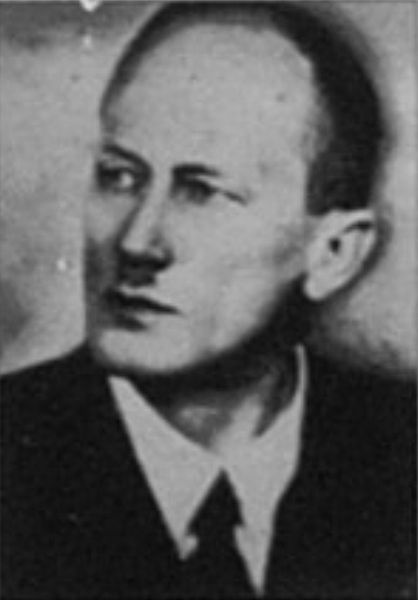 New York
–
Religious leaders must transcend those challenges that threaten to erode
our commitment and obligation to turn our world from conflict and
horror.

]]><![CDATA[The facts are this: Four German clergy, 3 Catholic priests and one Lutheran minister were martyred ("beheaded in quick succession") on Nov. 10, 1943 by the Nazi regime. The Vatican plans to beatify the priests, but not the Lutheran. (<a href="http://en.wikipedia.org/wiki/Beatification">Beatification is a recognition accorded by the Catholic Church of a dead person’s entrance into Heaven and capacity to intercede on behalf of individuals who pray in his or her name (intercession of saints). Beatification is the third of the four steps in the canonization process. A person who is beatified is given the title “Blessed”.)  The article is fair, clear, and well written. The RNS article notes that this Nazi horror turned out to be seminal to the birth and healthy growth of Catholic-Lutheran ecumenism in Germany. The Vatican plan “is testing that ecumenical spirit, and has some religious leaders worried that the event could drive a wedge between the two communities.” Sometimes it is difficult for secular or laypeople to grasp the significance or urgency of complicated, ecumenical challenges. Still however, the importance of such matters should not be overlooked. The Vatican plan for beatification on June 25 is now seen as threatening ecumenical relations. But this challenge should be seen as an opportunity. It should not be missed by the Christian leaders and communities in Germany affected by this turn of events. It is the strong view of this writer that ecumenical leaders in Germany would shame the honor of these fallen heroes should they allow the ecumenical advances they have achieved to date to be undermined at this juncture. German Catholic and Lutheran leaders and believers should not only to rise above the challenges presented by the pending June 25 ceremony, but to the contrary should seize this challenge as an opportunity to advance the cause of religious harmony and collaboration even further. While the slow pace of Christian ecumenism might cause people in our Twitter paced world to yawn, even people with little or no interest in religion (perhaps even hostile to religion) still recognize the pressing need for religions to overcome their differences, and stop contributing to a world drowned in conflict. Just today Christian Science Monitor reports that scores have been killed in Muslim-Christian violence in Nigeria after this weekend’s relatively clean presidential election

“Protests soon turned deadly, with churches, mosques, homes, and businesses set ablaze in the northern cities of Kaduna and Kano. In Kaduna on Tuesday, Christian neighborhoods were targeted, and known supporters of Mr. Jonathan’s ruling People’s Democratic Party were burned alive and hacked with machetes.

But what does this barbarism have to do with peaceful Germany, and differences between two established Christian denominations so slim that it would be hard to slip an envelope between them? Well, not too long ago this paper thin difference fueled the decimation of all of Europe in a war that lasted 3 decades, more than a generation “primarily on the territory of modern Germany. Virtually all of the major European powers were involved, and the economy of each was based on fighting the war. Civilian populations were devastated. Estimates of civilian casualties are approximately 25-30%, with deaths due to a combination of armed conflict, famine, and disease.” Yes. This was not a splinter, Islamist, terrorist gang in northern Nigeria. It was Lutherans and Catholics in Germany. How grand then is the contrast to these accounts of devastating innocent life and precious treasure shown by four, noble clergymen who walked the path of ultimate self-sacrifice for righteousness sake in the footsteps of their Lord. Catholic priests Johannes Prassek, Hermann Lange, and Eduard Mueller, and Lutheran pastor Karl Friedrich Stellbrink, stood, spoke, walked, and eventually offered their very lives like Jesus, without fear nor regret for the sake of their fellows, that evil be overcome. These men, servants of Christ all, reminded Germans then, and have continued to do so ever since, that following Jesus is a greater good than all the obstinacy that freezes itself into the very denominations and divisions feared and decried by Jesus in his dying hour (John 17:21). It should be known that these challenges faced by these Catholics and Lutheran, ecumenical activists are difficult, and that the Vatican beatification plan that divides these people of one heart does not make their work any more easy. The issues they face should not be seen simplistically, nor dismissed as archaic or passe. But despite the complexity, by whatever means and by all means, Catholic and Lutheran leaders and believers must continue to honor our four, saintly, fallen brothers in Christ who together as one, revealed the power of Christ in our time. The Vatican must, before June 25, find all possible ways within the bounds of Canon Law to honor Karl Friedrich Stellbrink as fully and as gloriously as possible. Lutherans in the mean time should attend en masse if allowed (they should be unconditionally and unequivocally invited) to attend the ceremony for the beatification of Catholic priests Johannes Prassek, Hermann Lange, Eduard Mueller. Ink should flow onto the pages from all sides concerned, and even in the secular press to honor the beauty of faith, and the enduring power of Christ to stand without fear or compromise in the face of evil. Contemporary German leaders, patiently, devotedly and faithfully walking the path of serious ecumenism, must find the way to transcend these passing challenges and obstacles to harmony. We look to you to to tear away the folly of division thread by thread. We greatly need this now; water on our world afire.