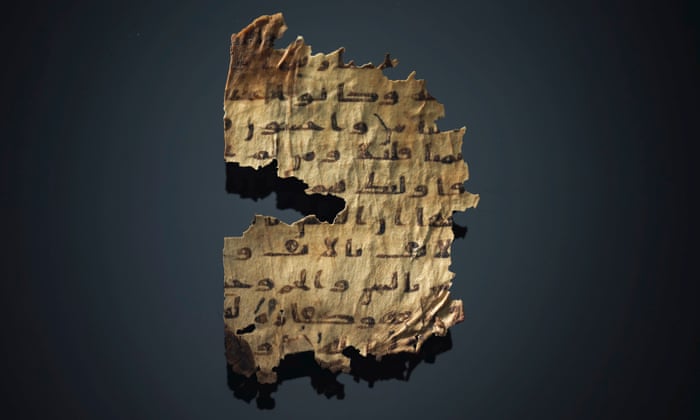 ‘It’s quite extraordinary’ … the only recorded palimpsest of a Qur’an copied on to a Christian text. Photograph: Christie’s

An “extraordinary” discovery by an eagle-eyed scholar has identified the shadowy outlines of passages from the Bible behind an eighth-century manuscript of the Qur’an – the only recorded palimpsest in which a Christian text has been effaced to make way for the Islamic holy text.

French scholar Dr Eléonore Cellard was looking for images of a palimpsest page sold a decade earlier by Christie’s when she came across the auction house’s latest catalogue, which included fragments from a manuscript of the Qur’an which Christie’s had dated to the eighth century AD, or the second century of Islam. Scrutinising the image, she noticed that, appearing faintly behind the Arabic script, were Coptic letters. She contacted Christie’s, and they managed to identify the Coptic text as coming from the Old Testament’s Book of Deuteronomy – part of the Torah and the Christian Old Testament.