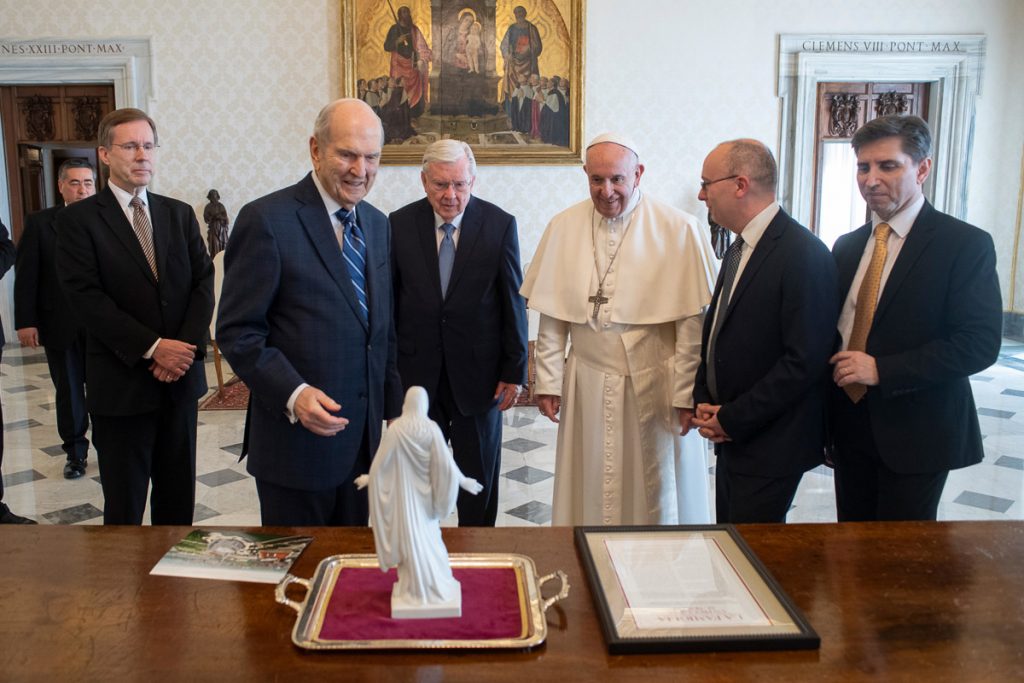 The Vatican
President Russell M. Nelson of The Church of Jesus Christ of Latter-day Saints and President M. Russell Ballard, acting president of the Quorum of the Twelve Apostles, meet with Pope Francis at the Vatican in Rome, Italy, on Saturday, March 9, 2019.

VATICAN CITY — Pope Francis of the Roman Catholic Church and President Russell M. Nelson of The Church of Jesus Christ of Latter-day Saints met today at the Vatican in the first-ever face-to-face discussion between the heads of the two global churches.

“The differences in doctrine are real and they’re important,” President Nelson said afterward as he stood just outside St. Peter’s Square, “but they’re not nearly as important as the things we have in common — our concern for human suffering, the importance of religious liberty for all of society, and the importance of building bridges of friendship instead of building walls of segregation.”

The two world religious leaders shared a belief that faith in God brings morality and stability to society.

“If we have a godless society, we have a rudderless ship,” President Nelson said.

The pope extended the invitation for a private audience to the Latter-day Saint leader in conjunction with President Nelson’s trip this weekend to Italy, where he will dedicate the history-making new Rome Italy Temple.