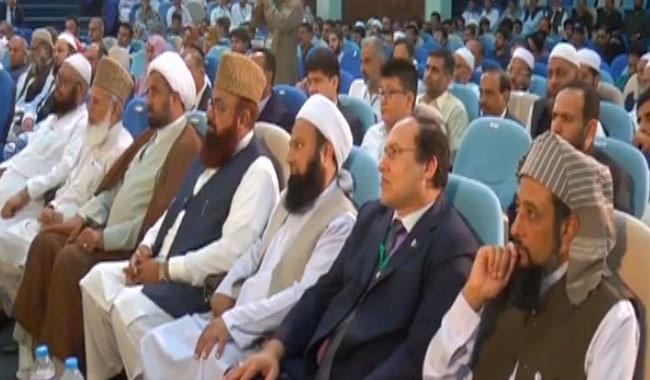 ISLAMABAD: Religious scholars from all schools of thought on Saturday issued a *fatwa (religious decree) that declared suicide attacks, armed insurgency against a state and use of force in the name of imposing Shariah as ‘Haram’ or forbidden in Islam.

The fatwa carrying signatures of 31 noted scholars was released at a seminar “’Reconstruction of Pakistani society in the light of ‘Mithaq-e-Madina’ (Charter of Madina) and announcement of ‘Paigham-e-Pakistan’ (Message of Pakistan). The event was organised by the Islamic Research Institute of the International Islamic University Islamabad.

*A fatwa is a ruling on a point of Islamic law given by a recognized authority. (ed)