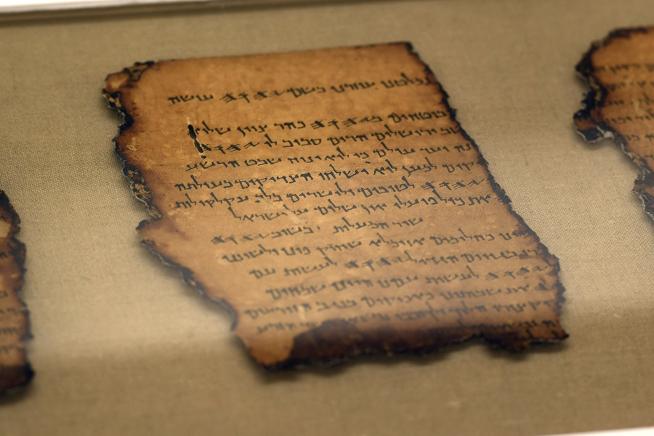 An interfaith gathering in Boulder met Sunday night to hear three scholars discuss the religious and archeological significance of the Dead Sea Scrolls, 10 of which are on display through Sept. 3 at the Denver Museum of Nature and Science. (Helen H. Richardson / THE DENVER POST)

Religious groups from around Boulder gathered Sunday night at the Islamic Center of Boulder to learn about the history of the Dead Sea Scrolls and the shared significance to their faiths.

Kara Matsuda, a member of the Boulder Stake, said she when she heard about the exhibit she wanted to have an event where religious groups could come together to discuss the significance of the Dead Sea Scrolls to their faiths. Since the museum is not permitted to host religious events as a public institution, she decided to organize something herself. She reached out to other religious leaders in the area to plan the event, including Kanwal Ejaz, the Islamic Center’s interfaith director.

“We thought this would be the perfect opportunity to unite people among Abrahamic faiths,” Matsuda said.