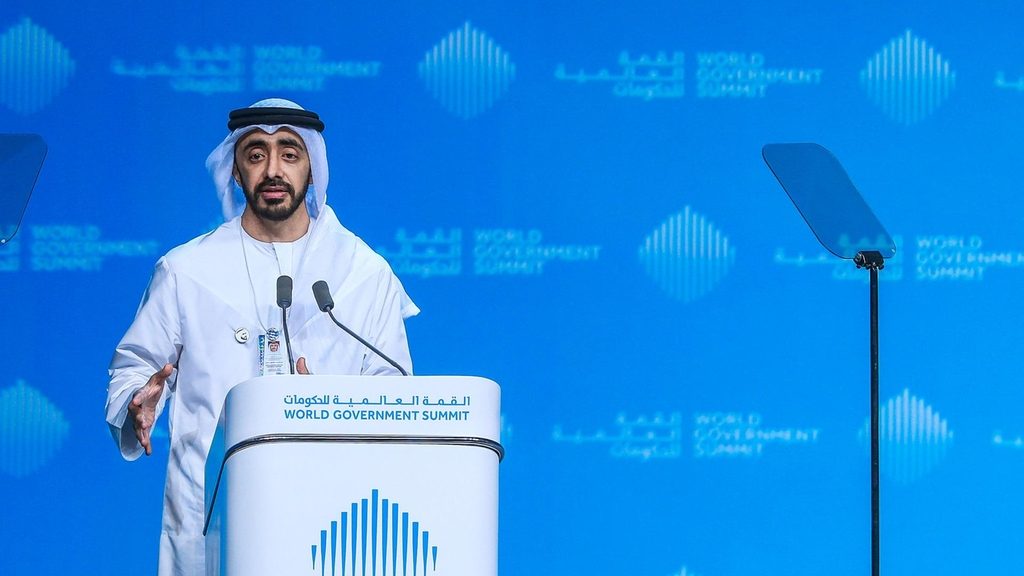 Sheikh Abdullah bin Zayed, Minister of Foreign Affairs and International Co-operation, closed the first day of the World Government Summit on Sunday night with a call for religious tolerance and a warning that countries must stand up to all forms of extremism.

He announced that, starting from next year, the Human Fraternity Document – signed by Pope Francis and the Grand Imam of Al Azhar during their visit to the UAE last week – will be a part of the educational curriculum in schools and universities.

The document calls on people across the globe to unite to bring about inter-faith harmony and achieve peace.

On an opening day that heard concerns over the rise of populism and divisions driven by poverty and injustice, Sheikh Abdullah also urged governments and their people to ensure dialogue between faiths is open.

“We must find the courage to fight extremism in all its forms,” he told hundreds of attendees at the summit at the Madinat Jumeirah complex in Dubai.

“We have to stand by these principles and this historical declaration is a goal for brotherhood, peace and fraternity among all believers and non-believers – between all those who have goodwill.

“Peace is not a condition for believers only, it is for all people.”