She was sworn in by Under-Secretary of State for Democracy and Global Affairs Maria Otero on Monday.

Dr. Suzan will serve as principal adviser to the President and Secretary of State on religious freedom
and will head the Office of International Religious Freedom in the Bureau of Democracy, Human Rights
& Labor.

Founder-President of Wisdom Women Worldwide Center, she had served as the Senior Pastor of the Bronx
Christian Fellowship Baptist Church in New York City, the Wall Street Congregation and was a Founder/Board
Member of the Multi-Ethnic Center, an enrichment program for youth. 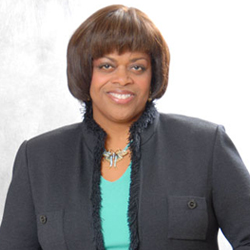 Dr. Suzan had also served as an adviser on former President Clinton’s Domestic Policy Council,
the President’s Initiative on Race, and Chaplain to the New York Police Department. She had led delegations
throughout the United States, Africa and the Caribbean.