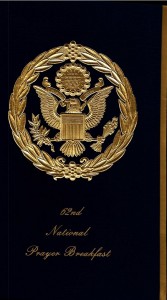 I wrote you recently asking for prayers and good wishes supporting my role and participation at then upcoming events:

I was moved and I am deeply grateful that you wrote back with encouragement and in fact offered prayers and good wishes.

Some wrote to ask for a note or two on how things went.

This UN event I attended was convened as part of United Nations World Interfaith Harmony Week:

King Abdullah II of Jordan proposed a World Interfaith Harmony Week at the Plenary Session of the 65thUnited Nations General Assembly in New York on September 23, 2010

Prince Ghazi bin Muhammad of Jordan, Special Advisor and Personal Envoy to the King Abdullah II and author of the resolution, presented the proposal for a World Interfaith Harmony Week before the UN General Assembly in New York where it was adopted unanimously on October 20, 2010

The event I attended was hosted by Maria Vargas of the Universal Peace Federation. The meeting was called “Necessity of Interfaith Harmony and Global Cooperation in Addressing Social Issues.” There was a bad storm that evening, but impressively there was a full turn out nevertheless. Panelists included a New York City Evangelical Pastor and civic leader, a New York area Rabbi, a Baptist Pastor, an Ahmadiyya leader, a Hindu speaker, the board chairman of the prominent UN NGO, We the World, and me.

My role at the event was to present a talk, and afterward to moderate a dialog among the panelists. My talk seemed well received. It contained two main points: 1. Interfaith has become widespread and almost common place. Now there exists people situated on every point of the spectrum committed to this ideal, from brand new converts to seasoned experts. I noted that this reality as described requires interfaith work to be organized more carefully, as this would prevent meetings from repeatedly reaching only introductory levels, and thus failing to advance the work toward substantial progress. This inattention to organizing interfaith activitymore carefully has stilted progress. Interfaith activism should have come father along by now. 2. My second point recommended that interfaith work be conducted in the broader context of leadership. It should not be limited in its field of influence only to religion. Accomplishing this requires greater respect, understanding, and integration among religious and secular leaders.

The panel dialogue I developed was: “Do religions have insights that can help peace groups and other positive not for profits to work more closely together so as to yield greater outcomes, instead of remaining stuck in the current situation in which groups that work for good do so separate from each other.

There is much more to say about this quite excellent meeting, especially the content each speaker presented was substantial and valuable.

The National Prayer Breakfast is a yearly event held in Washington, D.C., on the first Thursday of February each year

The breakfast, held in the Washington Hilton’s International Ballroom, is typically attended by some 3,500 guests, including international invitees from over 100 countries. The National Prayer Breakfast is hosted by members of the United States Congress

It is designed to be a forum for the political, social, and business elite to assemble and build relationships. Since the inception of the National Prayer Breakfast, several U.S. states and cities and other countries have established their own annual prayer breakfast events. Every U.S. president since Dwight D. Eisenhower has participated in every single annual event.

These several days would require a far more full and lengthy report (on 10 different events I attended throughout the week), unlike the UN summary above, which is about a single evening meeting of a few hours.

I attended the National Prayer Breakfast in my capacity as board member of Bridges to Common Ground, which has as one of its core purposes the mission to address tension and conflict between Christianity and Islam. Because of this orientation, much of the time of Bridges board members was spent in Middle East related options, the Middle East Breakfast, the Middle East Suite, and other such parts of the NPB that are a natural home for Bridges.

A key and essential part of the Prayer Breakfast is the quite amazing fact of widespread, deep, sincere, and genuine spirituality and commitment to sacrifice and good that comprise attendees. A high percentage of participants are leaders and contributors to massive works for good in the world. Many work in the hardest and worst places facing danger, obstacles, and challenges to bring clean water, food, medicine, schools, opportunity and hope. It is all but overpowering that for days virtually every person one meets, one after the other is sacrificially devoted to good. And then, despite accomplishments, wealth, and talent there is the inviolable assumption of humility and spiritual surrender. People there are excited, engaged, and truly interested in each other. It is not a time to show off.

As fascinating as the abundance of good present there, is the distinct and curious way that this the National Prayer Breakfast is so thoroughly an interfaith event. Participants are from a hundred countries the world over, and from all religions. This in itself would not make the NPB unique as an interfaith event. But where the matter gets truly interesting is that the every tick of the clock and every breath in and breath out while there is in the name of Jesus. The Hindus, Muslims, Jews and all on hand share a week of inspiration, loving embrace, and mutual discovery all in the name of Jesus.

One of the playful themes of the NPB is that the power of Jesus can harmonize even the embattled members of Congress. This year’s hosts Janice Hahn (D-CA) and Louie Gommert (R-TX) did a fun and funny job with this theme as MCs for main breakfast and other parts of the day. Their love for one another despite intense political differences was a good example and set the tone. Also they told us how much they treasure this one special hour every week in which they put all differences aside to pray for each other and for each other’s families.

The main event of the week is a two or so hour breakfast attended by the President. A dais of inspirational speakers (such as Soul Surfer’s Bethany Hamilton, for example), as well as President and Mrs. Obama, and Vice President Biden. Others (such as John Kerry, and even other national presidents are at their tables on the floor.) There is a certain conservatism in the environment that grows from the Biblical injunction to pray for our leaders, 1 Timothy 2: 1-3. Thus no matter what anyone’s politics, the president and his family are treated with profound respect. It is even near tearful to see 100s of people from countries around the world praying almost desperately for America.

A shocking thing for me was how often either from speakers and in personal conversations the spirit of God could be felt. This is not a time of mere preaching, political shrewdness, and masterful rhetoric. Rather these are days aglow the constant in-breaking of the Holy Spirit. As such the time there becomes almost intense. In the presence of God’s spirit and grace our own state and our own condition is amplified. The event is just one day, but this fact this is about as much of such intensity of spiritual presence that one can bear without a break. It is no place for ego. It is no place for politics. Those who can’t transcend such habits, though they might not realize it themselves, stick out a bit. I was particularly struck when a congressman on the presidential dais slipped into a bit of a mean or partisan spirit. His mild “attack” on his fellow congressman however, was met instantly with humility, elegance and the spirit of Jesus. Matthew 5: 38-48.

I was disappointed in the President’s speech. It was a political speech, and as such it was out of place. I may publish an article analyzing this part of my experience. I attended the NPB in 2012. I found the same president’s speech much superior then. In 2012 president Obama’s speech was confessional, lilting, and spiritual. I felt it then to be uplifting and to my hearing touched the spirit of God. This year however, I felt myself in the presence of a man beleaguered, one more speech to give, one more event to smile through, one more cleverness to weave into a sentence that says this but means that. It was presented as a champion of religious freedom, but to me rang hollow. The crusade to fix every country’s violations but our own. It was a bluster of more US policing the world’s wrongs that haunted the president’s puffy chested finger wagging. After having seen a spiritual side of the same man two years prior, I was very saddened to feel the absence of God in his words this time, none there even for a moment.

Apart from the networking, the conferencing, and the fellowship, veterans of the NPB know that above all this time is meant to be one of self-study and personal transformation, a chance to stand in a bright light, to look within, and be made whole again and again by grace. This was the most intense part of my experience. Perhaps I will write of this sometime too.