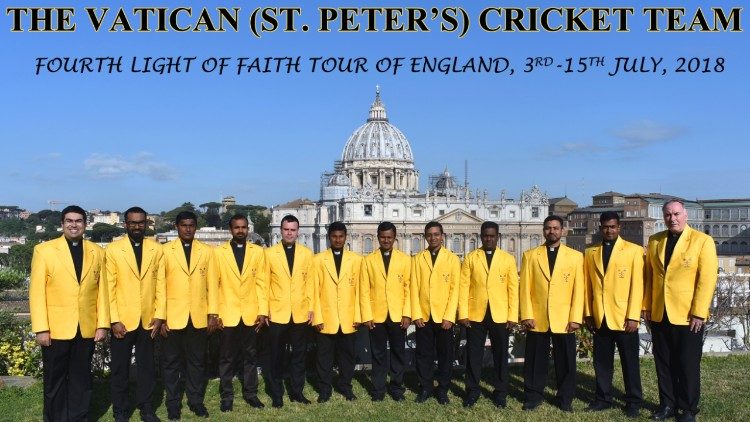 The Vatican’s cricket team takes off on a fourth UK tour on Tuesday, with the goal of strengthening interfaith relations high on their action-packed agenda.

The team, officially known as St Peter’s Cricket Club, was established in 2013 and is made up of young men who are studying for the priesthood in Rome.

It operates under the auspices of the Pontifical Council for Culture and was set up to promote ecumenical and interfaith relations through a shared love of cricket.

As well as their sporting fixtures, the Vatican team will be visiting a London mosque, a Sikh gurdwara, a Hindu temple and a Jewish synagogue to strengthen interreligious relations and to highlight the vital role of faith in contemporary society.