Original article in The Guardian

Major new document aims to draw a line under centuries of persecution of Jews, who Vatican says ‘believe in the one God’ 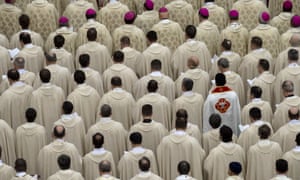 Catholics should not try to convert Jews and should work with them to fight antisemitism, the Vatican has said, in a major new document that draws the church further away from the strained relations of the past.

Christianity and Judaism are intertwined and God never annulled his covenant with the Jewish people, said the document from the Vatican’s commission for religious relations with Jews….

“In concrete terms this means that the Catholic church neither conducts nor supports any specific institutional mission work directed towards Jews.”