This article appears in The Guardian

I went to a Trump rally in my hijab. His supporters aren’t just racist caricatures

It was interesting to hear Trump and his supporters’ viewpoints for more than just the few seconds offered by most soundbites, even though I disagreed 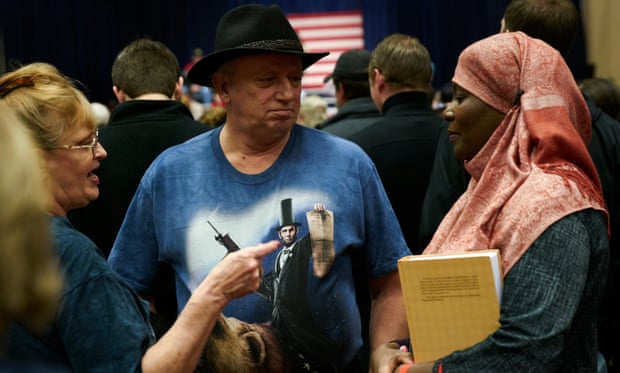 And nothing bad happened to me at the rally: there were some hard stares and dirty looks, but no outright rude behavior. I spoke to several lovely people and had the type of informative and substantive discourse that one should expect at a political event….

We need to, as Americans, begin talking to and not at one another.

I understood that I was a guest at their rally, and that I had a duty to them to be a good guest; in return, I felt like they were good hosts…