There is much about this article that might strike the reader as unremarkable. The speech of the keynote speaker pictured here below, the content, the ideals, and the aspirations may well seem tread worn, and plainly obvious in the ideals expressed;  help “the poor, the marginalized, the migrants and the refugees.” And “faith can never be used to incite violence and that all believers have a moral responsibility to foster a culture of peace.”

What is of note however, is that the event and personalities engaged themselves represent a near 500 year cold war in the religious world. Catholics, and Lutherans, and more recently the Catholic world, and Protestantism at large, represented by the World Council of Churches.

People not familiar with these internecine conflicts and tectonics inside the most powerful institution on earth (world Christianity) might miss the significance of this gathering. [Frank Kaufmann, Director, IRFWP]

(LWI) – People of faith must be “keepers of our brothers and sisters,” especially the poor, the marginalized, the migrants and the refugees. That was the message of the Lutheran World Federation (LWF) Assistant General Secretary for International Affairs and Human Rights, Dr Ojot Miru Ojulu, at an ecumenical and interfaith conference on ‘Promoting Peace Together’. 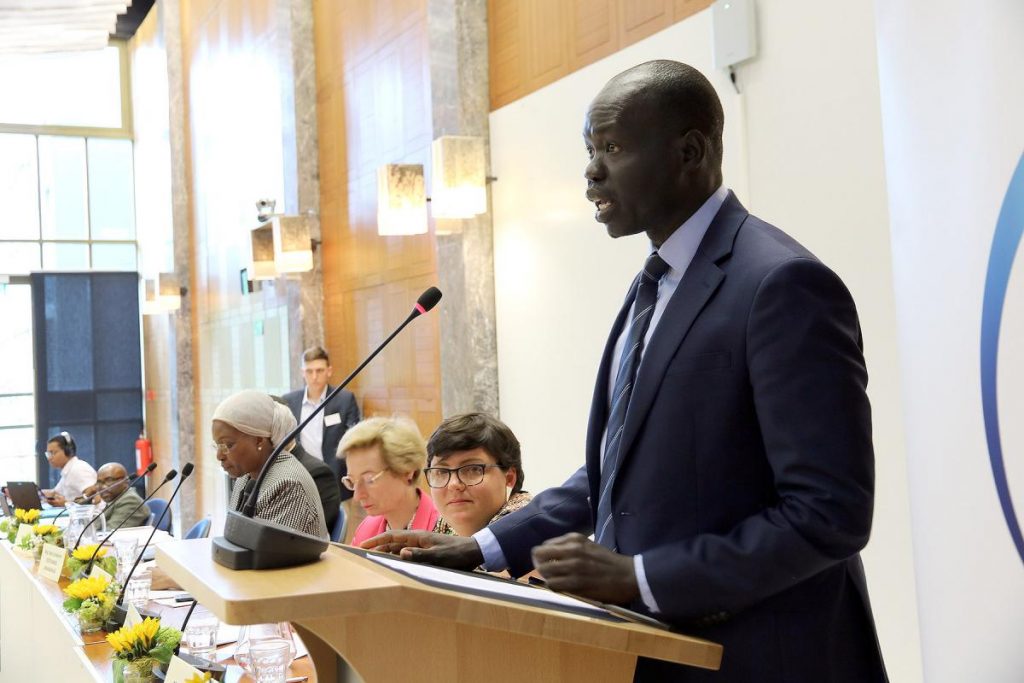 Religious leaders from different Christian churches and faith traditions gathered at Geneva’s Ecumenical Center on 21 May for the event, jointly organized by the World Council of Churches (WCC) and the Pontifical Council for Interreligious Dialogue(PCID).

The conference focused on two new documents which stress that faith can never be used to incite violence and that all believers have a moral responsibility to foster a culture of peace. The declaration on ‘Human Fraternity for World Peace and Living Together’ was signed by Pope Francis and the Grand Imam of Al-Azhar in Abu Dhabi in February 2019, and a new WCC-PCID booklet on ‘Education for Peace in a Multi-Religious World’ was launched at the Geneva event.