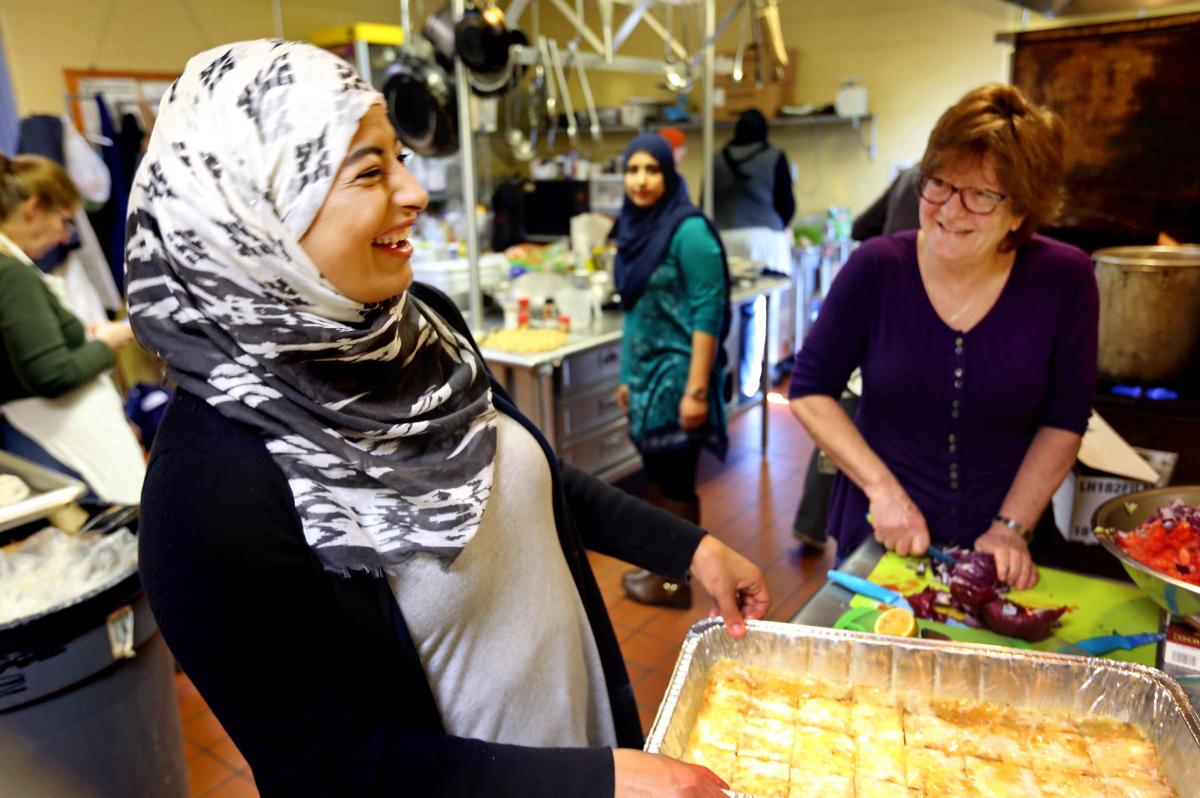 (CHARLESTON, SC)- “Marcie approved the falafel!” crowed Ghazala Javed, a lay leader at Central Mosque, after a kosher caterer working in the same kitchen praised her crispy chickpea fritter. “Who else is ready to try it?”

Javed and Marcie Rosenberg were among the representatives of local Jewish and Muslim communities who met Sunday afternoon at Congregation Dor Tikvah to prepare a meal for an interreligious dialogue the next day. They didn’t collaborate on the menus: In addition to falafel, Javed’s group made tabbuli, rice and baklava, while the group led by Sandra Brett of the Jewish Community Center assembled matzo ball soup shooters and boiled bow-tie noodles for kasha varnishkes.

But they shared a tiny space and talked as they worked, which was what organizers envisioned when they recruited home cooks to produce the dishes for “Food and Faith,” a program focused on overlapping practices in Judaism and Islam, as well as points of culinary divergence.