Sunni Muslims celebrate Eid al-Mawlid an-Nabawī, the birth of the Prophet Mohammed which occurs on the 12th day of Rabi’ al-awwal, the third month of the Islamic calendar. 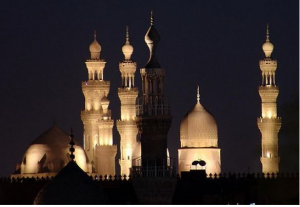 The majority of Shia Muslim scholars believe however that the Prophet’s birthday is on the 17th day of Rabi’ al-awwal. To solve this problem, Iran has in the past organized an Islamic Unity Week which combines both perspectives.