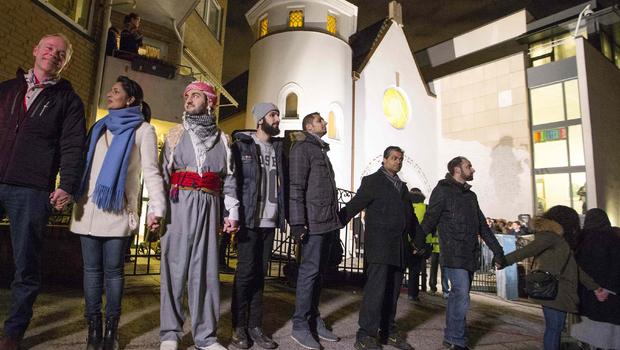 Following a series of attacks targeting Jews in Europe, including the killing of a Jewish security guard and a Danish filmmaker by a Muslim gunman in Denmark last week, an initiative taken by young Muslims in Norway’s capital city Oslo was a moving testament to show “that Islam is about love and unity.” Over a thousand people joined hands forming a ‘ring of peace’ around Oslo’s main synagogue on Saturday, February 22, 2015 and Norway’s Chief Rabbi Michael Melchoir sang the traditional end of Sabbath song in front of the hundreds holding hands in solidarity.

Click here to read the article on News Republic