The IRFWP family expresses our profound sadness over today’s tragic shooting in a San Diego Synagoue. We offer sincere condolences and prayers for all affected.

We pray for the settlement of peace over our human family, so that all may worship peacefully, without fear. 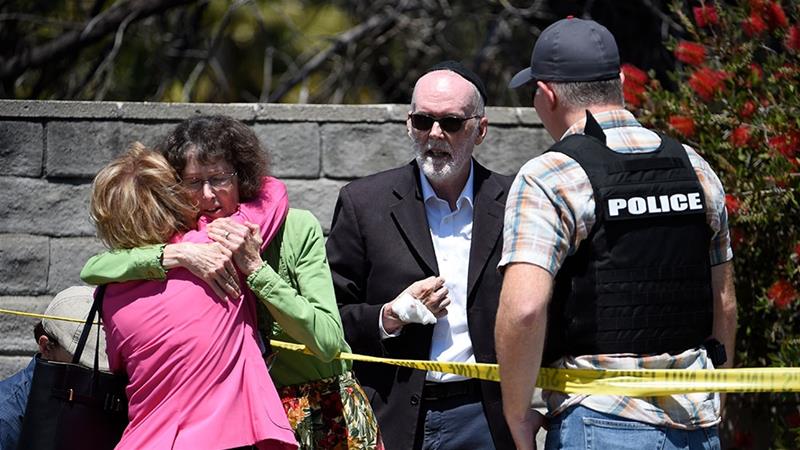 A gunman walked into a southern California synagogue crowded with Sabbath worshippers on Saturday and opened fire with an assault-style rifle, killing one woman inside and wounding three others in a hate crime carried out on the last day of Passover, authorities said.

The suspect, a 19-year-old white male whose identity was not immediately made public, fled the scene by car and was arrested a short time later when he pulled over and surrendered to police, authorities said at a news conference.

President Donald Trump and other elected officials decried what they called an anti-Semitic attack exactly six months since 11 people were killed at a Pittsburgh synagogue in the deadliest assault on Jews in US history.