This article first appears in the Los Angeles Times

Former USC President Steven B. Sample was remembered on campus Wednesday as a man of deep faith who reached out to diverse religious groups.

The original dean, Rabbi Susan Laemmle, was the first non-Christian to hold such a position at a large U.S. university, according to USC. After she retired in 2008, Sample picked Varun Soni, a Hindu. 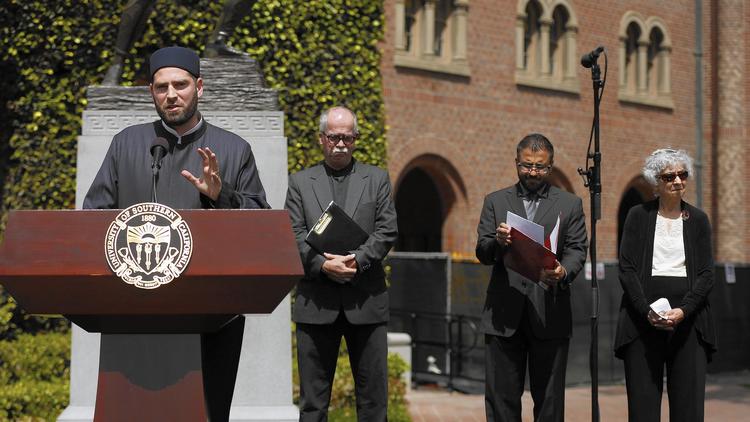 Sample, an Episcopalian who prayed daily, sent USC safety officers to a Muslim mosque near the South L.A. campus on Sept. 11, 2001, to provide additional security after the terrorist attacks. He also was instrumental in bringing the Shoah Foundation, a repository of Holocaust testimonials established by filmmaker Steven Spielberg, to the campus.

“He deeply strengthened ties between USC and the Muslim and Jewish communities,” Soni said.
Read the entire article here