Rabbi Natan Levy of North London, one of the leaders of the Board of Deputies of British Jews, offered a couple of reasons why he chose to fast for the entire 30 days of the Muslim holy month of Ramadan.

Perhaps the key moment, he told the Jewish News came after a young Jew panicked when he saw a devout Muslim at the synagogue he attends. And eventually the incident resulted in security having to be called.

This made Levy “frustrated” at what he perceived “as a lack of engagement between Jews and Muslims.” This was a strong motivator for Levy to observe the holiday, a 30 day fast in which Muslims worldwide abstain from food, drink between dawn and sunset. He expressed the hope that his effort would help to “create a touchstone for conversation.”

Rabbi Levy said also that he wanted to counter the many negative images created by jihadist groups like the Islamic State in Iraq and the Levant (Isis).

While he does not expect the masses to mimic his choices, Levy does hope to demonstrate the possibility that both “Jews and Muslims can share, and fast, and feast and talk, and stop hating each other from behind closed doors.” 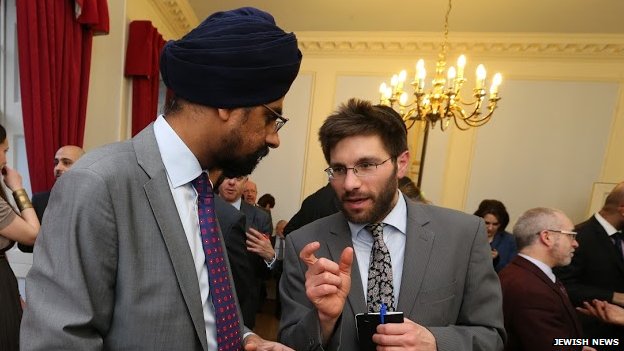 When discussing why he chose to partake in the fast, Levy noted he does not understand why faiths with so much in common appear so divided on the world stage. 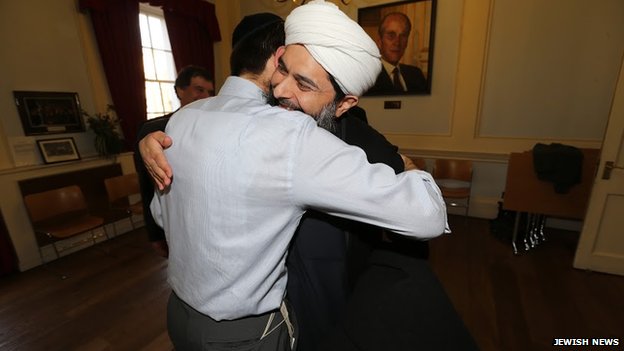 We greatly commend these sorts of acts by leaders and public figures in religion. People often feel helpless or overwhelmed at the magnitude of war and tragic news as religious ideals are perverted and turned into tools of horror.  But Rabbi Levy provides a perfect example that everyone can contribute to higher ways each, in our own sphere and area of daily life. We hope that many will devise similar, creative ways to stand for religious harmony, translating frustration into progress.