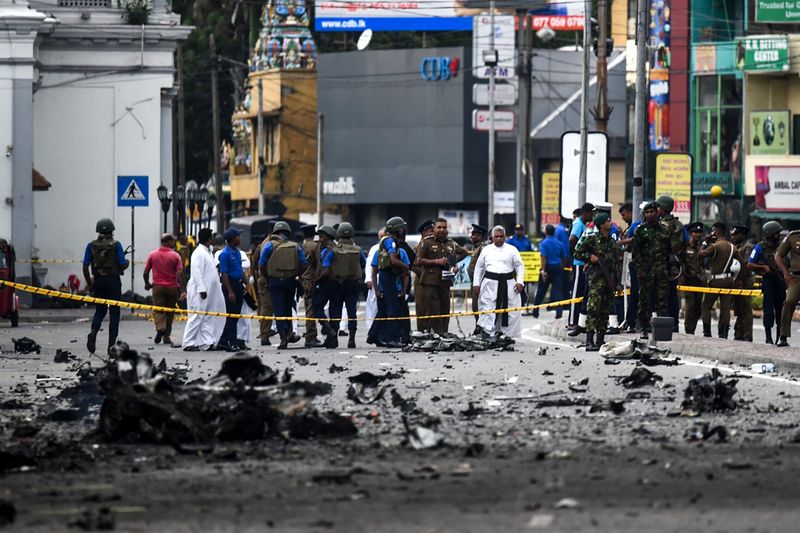 The site of a car explosion near St. Anthony’s Shrine in Colombo on April 22.Photographer: Jewel Samad/AFP via Getty Images

Hilmy Ahamed, vice president of the Muslim Council of Sri Lanka, said he warned military intelligence officials about the group and its leaders about three years ago. On Monday afternoon, Sri Lanka’s government said National Thowheed Jamath was responsible for six suicide bombings at Christian churches and luxury hotels.

“Targeting the non-Muslim community is something they encourage — they say you have to kill them in the name of religion,” Ahamed said in a phone interview from Colombo on Monday. “I personally have gone and handed over all the documents three years ago, giving names and details of all these people. They have sat on it. That’s the tragedy.”

The National Thowheed Jamath has broken up into various groups as individual leaders pursued separate funding sources, Ahamed said. Although not all members of the group were radicalized, the group is “extremist in their thinking,” he added.