Ordinarily IRFWP endeavors to steer clear of content with political implications. This is one of the differences between interfaith activism, and religious freedom activism.

The fields are closely related, but interfaith tends to deal solely or predominantly with relationships WITHIN the religious sphere, whereas religious freedom concerns deal with the circumstances of a religion or religions as determined by their situation in a given political State.

The two areas are closely related, and have areas of overlap, but they are not the same. Conflating these areas is a common mistake, even among seasoned interfaith activists.

In the case of the crackdown on Uighur Muslims in the region of Xinjiang, the situation is too severe to ignore, even for an organization customarily devoted to interreligious relations.

Political situations are always complex, and there always are two sides to every story. We cannot know all the details about this situation. Even so there is a natural religious and interreligious response in the face of human suffering.

IRFWP asks all believers worldwide both to pray for the end of this oppression, and to seek for ways from within our own traditions and communities to help. (Frank Kaufmann – Director)

China has detained an estimated 1 million to 2 million Uighur Muslims in the region of Xinjiang, and millions more live one step away from detention under the watchful eye of the Chinese Communist Party. 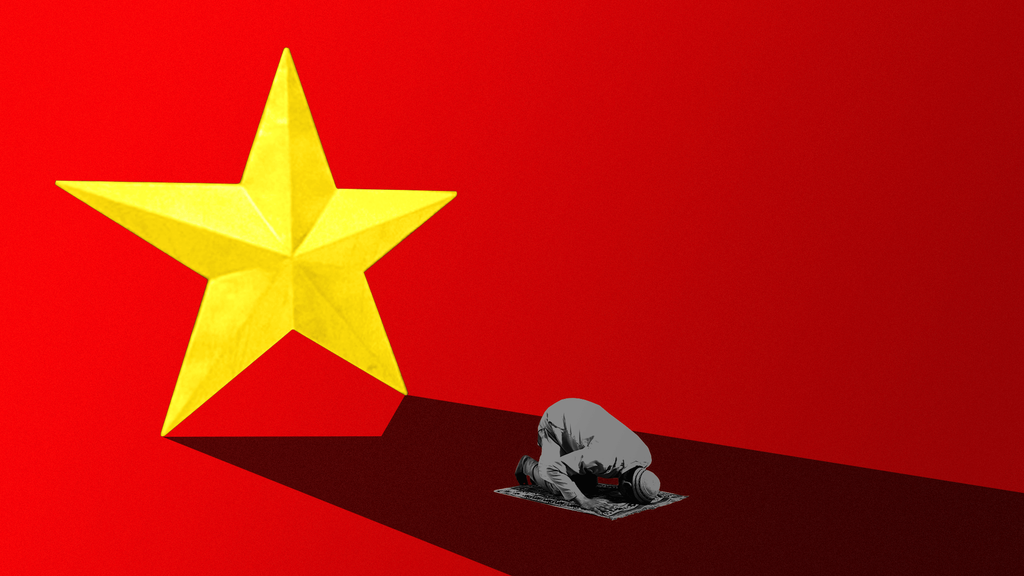 It has been two years since the internment camps first came to light internationally, and a series of reports from Xinjiang have made vivid the scale of the abuses. Yet foreign governments and corporations are content to pretend it isn’t happening.

“If right now, just about any other country in the world was found to be detaining over 1 million Muslims of a certain ethnicity, you can bet we’d be seeing an international outcry,” says Sophie Richardson, china director for Human Rights Watch.

China has long waged a campaign of “assimilation and cultural destruction” in Xinjiang, but under President Xi Jinping it has “dramatically escalated,” says Omer Kanat, a prominent Uighur activist. “The camps are designed to eradicate the Uighur’s religious and ethnic identity once and for all.”