Poway and Pittsburgh were preceded by the 2017 attack on a church in Sutherland Springs, Texas, where 26 people were killed. The same year in Quebec City, Canada, six worshippers were killed at a mosque. In 2015, in Charleston, S.C., nine people were left dead at a black church. Six more were killed at a Sikh gurdwara in 2012 in Oak Creek, Wis. And far too many more.

In response, faith leaders across the country are putting their heads together to help protect their congregations — and to do so, they’re increasingly crossing denominational lines. 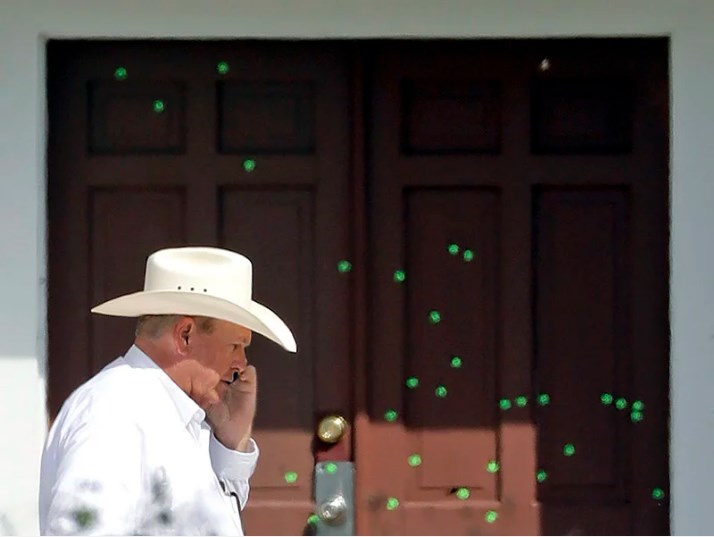 Wilson County Sheriff Joe Tackitt Jr. walks past the front doors where bullet holes were marked by police at the First Baptist Church on Nov. 7, 2017, in Sutherland Springs, Texas. A man opened fire inside the church in the small South Texas community, killing more than two dozen and injuring others. (AP Photo/David J. Phillip)

Jabbour co-founded the nonprofit last year with the aim of forming a network of U.S. houses of worship and faith-based charities to equip them against security threats, from arson and active shooter situations to hacked emails.

“We’re a community, whether we’re one faith or another,” Jabbour said. “They might be targeting you today, but they might turn around and go to yours tomorrow. So we need to collaborate and exchange notes so we can share solutions.”

In Owings Mills, Md., more than 50 diverse faith leaders gathered this week to launch the new Interfaith Coalition of Greater Baltimore, which kicked off with a local summit on safety and security for faith-based organizations. There, civil rights advocates and local police offered bystander intervention training, advice on grant applications for security, and practical safety measures leaders can take to protect their organizations.