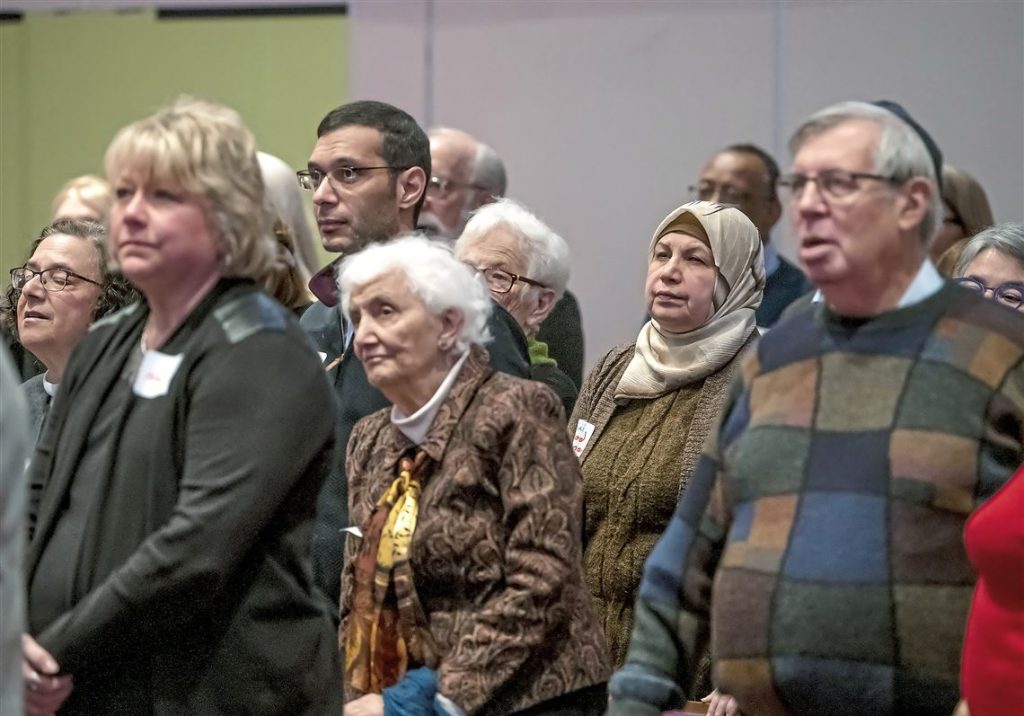 Around 7:30 Friday night at Temple Sinai in Squirrel Hill, a visitor standing in the hallway could hear the braided sounds of a Muslim imam chanting Arabic prayer in one room and Jewish clergy leading Shabbat worship songs in the nearby sanctuary to guitar accompaniment.

They had gathered under one roof for the third annual interfaith Shabbat dinner and service, hosted by Temple Sinai with guests from the nearby Islamic Center of Pittsburgh in Oakland.

The event, launched here in 2017 in the wake of a U.S. travel ban targeted at several majority-Muslim countries, had long been scheduled for this Friday night.

But it took on a much more poignant significance coming one week after a gunman killed 50 worshipers at two New Zealand mosques.

That in turn recalled the terror of the Oct. 27, 2018 killings of 11 worshipers from three Jewish congregations at the Tree of Life / Or L’Simcha synagogue in Squirrel Hill. In the wake of that anti-Semitic massacre, local Muslims and other faith groups rallied to the support of the Jewish community.

On Friday afternoon, in fact, just hours before the sundown start of the Jewish worship services, many Jews and others had attended the main weekly prayer service at the Islamic Center in a similar demonstration of solidarity.

“It’s really beautiful,” said Mohammad Sajjad, executive director of the Islamic Center. “It just reaffirms people in the Pittsburgh community, especially in the interfaith community, they’ve got each other’s backs.”